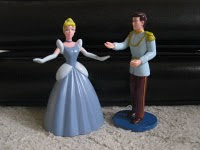 When you are four, poop is hilarious.

Last night, Noodle and I corrected an overtired meltdown (hers, though some nights it’s mine) by crawling into her bed and singing a few lullabies together. It was a lovely mother-and-child moment, the sort that seems more precious to me now that she’s only days away from five, and mere months from Kindergarten.

But soon enough, the grand total of three lullabies I know became boring to my dearheart daughter. She wanted to sing something a bit more upbeat. A tune with spirit. We shifted to this ditty, something I picked up way back in my preschool-teaching years (which were, if you are wondering, roughly fourteen lifetimes ago).

When you wake up in the morning it’s a quarter-to-four, your mind starts humming, you head for the door, you brush your teeth, ch ch-ch-ch ch-ch ch-ch-ch.

Right away, Noodle took this song right out of my hands and kicked it up a notch. Perhaps–you might think after reading her lyrics–to a place that some grownups actually visit should they be awoken at a quarter-to-four.

She had a good hearty laugh at that one. But she could do better.

I cannot understate the hilarity that ensued. But she could bring it even stronger than that.

I’ve always loved Noodle’s giggle. It’s like an old coffee percolator, bubbling up and erupting. But she still wasn’t done.

“Noodle,” I said, tears spilling down my cheeks. “You are killing me.”

“Mom,” she said after awhile, between giggles. We both took a deep breath and gathered ourselves for a moment, exhausted by so much laughing. It was nearly time for me to untangle myself from her arms, turn out the light, kiss her forehead and let her fall asleep. “I have an idea,” Noodle said, as if it had just occured to her. “Now let’s sing something silly.”