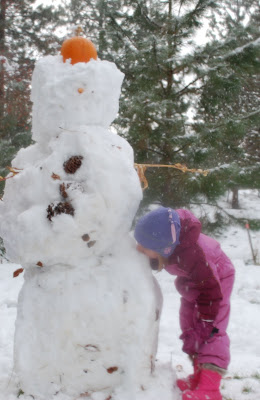 This whole book thing is sucking the life force out of me.

I know, I know. It’s what I’ve always wanted and I should be able to find the joy in it and by complaining I sound like a big fat whiner and nobody likes a whiner.

Captain Daddy and I got mired in a teeny, weeny Marital Moment about this the other night. Here’s what I said, roughly, over a beer at the local pub:

The bottomless soul-searching necessary to unearth the history and truth that will make these essays good is like letting 100 angry leeches feast on me from the inside out.

Sacrificing organic creation for “sit down and create something beautiful about Topic X—now GO!” is like the Bataan Death March for the fragile artistic soul.

When I sit down to write, it hurts. Metaphorically, but also physically. Like someone is taking bites out of my head.

Half of what I write is complete crap anyway and ends up in the file on my computer I named “shitcan”.

At the end of the day I want to slip into a coma and sleep for like 17 million hours.

When the chickens run past me screaming naked with peanut butter smeared on their bodies and hitting each other with sharp objects all I can manage is to stare at them blankly as if they are a bad television show that I would turn off if only I could muster the energy to locate the remote.

And I am feeling, well, just a little bit done. As in DONE. But I can’t be DONE, because I am not done. And there’s something to be said for showing up and persevering, but sometimes maybe there is wisdom in knowing that one is just DONE.

At which point, Captain Daddy gave me a rather bored look which implied that he’s heard this all before, and perhaps I was overreacting just a tiny bit, as well as maybe whining in that particularly irritating “my pain is bigger than your pain will ever be” melodramatic self-pitying shortsighted way.

And he mentioned gently that part about this being my long-lusted-after dream. And that lots of things in life are hard work, especially things that are worthwhile.

Which made me pout.

But I know he’s right. (Don’t tell him, because he’ll just do that “I was right” happy dance and I’ll have to throw spitballs at him made of tinsel.)

Do you think I just need a break, and beautiful things will bubble back up to the surface? Or is my coma permanent? Yesterday I took a rest by addressing 125 Christmas cards and holiday shopping for three hours in a 14-degree snowstorm, but the answer to this question did not become immediately apparent.