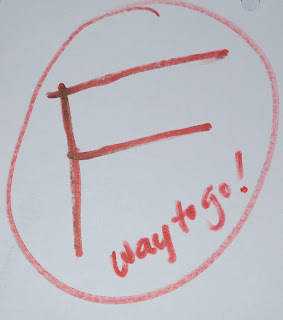 During her keynote at the Hawaii Writer’s Conference, Kristin Hannah said that before she could commit to the life of a writer she had to decide that it would be okay to fail.

Like so many first-time novelists, Hannah wrote a manuscript and sent it off to agents, certain that it would be on the shelves within the year. Soon enough, she was lucky to get personal phone calls from a couple of them—telling her it wasn’t any good.

She’d been a lawyer before she took up writing. (She said, “Every lawyer I know wants to be a writer.”) The rejection of her novel gave her pause. Hannah said she did some deep thinking and decided that if she was going to proceed as a novelist, she’d have to come to terms with failure.

Too often, I avoid activities that might end in failure. I lament failure, I fear failure. You Buddhist-types know that fear of failure is really just fear of death. But we’re all going to die, and probably not from a rejected novel. Or from looking stupid, not being perfect or not pleasing people (some of my other favorite fears).

Even after she became a New York Times bestselling novelist (15 times over, now), Hannah said she faced failure in her career. This is something to remember. As a writer there is often the misperception that once you publish a book, you’ve got it made. But publication does not come with a lifetime guarantee. This concept reminds me of when, after a year of trying, I finally got pregnant. I reveled in victory for about ten seconds until I realized all I’d achieved was a state of greater risk. Same thing, once Chicken Noodle was born. There is no endpoint of success; only gradients, each with more at stake.

Interestingly, Hannah said that in retrospect, she believes that none of her failures actually were failures. Each cast her off in a new direction; one that she really needed to take.

My challenge to you all (and myself)—today, go out and do something that might earn you a big fat F. Who knows where it might take you?