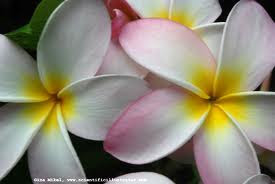 Last week, I took seven days off of everything to help my mother through her first chemo treatment—or, as they say in Hawaii, her first date with “my friend Kimo.”
It was my first experience as witness to chemo. I imagine chemo looks the same anywhere, but here are my notes on Hawaiian Kimo. It’s all I’ve got to offer y’all this week, so take it or leave it, babies.

Should one travel to Hawaii for something un-fun, small talk on the plane becomes more awkward than usual. “Are you going home or on vacation?” asked the nice man next to me as he sipped on his Mai Tai. “Neither. Well, both. Well, neither,” I replied. Then I had to tell him the truth, which, turns out, from the look on his face, wasn’t really what he was after.

On the morning of Mom’s first date with Kimo, long before dawn, I watched a girl cross the parking lot below her condo, climb a fence, pluck a plumeria blossom from a tree and tuck it behind her ear. As she stepped lightly away into the darkness, somehow I was filled with the most delicate beginnings of hope.
A bit later on the morning, the most stunning, multilayered, salmon-pink-scarlet sunrise appeared on the horizon. I attempted to interpret this sunset as hope, too, but the detailed lecture I simultaneously absorbed about why I must immediately schedule a colonoscopy dampened my enthusiasm.
While we waited in the mauve-colored waiting room at the hospital, we were treated to the local news. “Home devoured by lava on the Big Island,” intoned the announcer. A rather ominous cloud descended on me. (Though lava, live, is rather pretty, even as it consumes valuable real estate.)
The blood on the floor of the Kimo room didn’t help, either.
The hospital food looked exotic—rice, a hamburger patty, a fried egg, gravy (plate lunch, ya); or sushi—but still managed, as does hospital food everywhere, to taste hideous.
The hospital staff ranged in race from Samoan to Philipino, hardly a haole (white person) in sight. Somehow, this diversity of faces brought the hope back again.
And speaking of hope, Obama’s favorite breakfast place from when he was a kid is now a boarded up spot in a strip mall, I was told as we drove past. Poor guy—and that, too.
When I held my mother’s hand as she met Kimo, it felt small and warm, like a seashell on the beach that I wouldn’t visit once all week.
When I finished watching chemicals drip for six hours in my mother’s veins, got her back to her place, and put her down for her nap, I collapsed by the pool under the most stunning plum-colored bougainvillea bush and a handful of palm trees wafting in the breeze. This, I realize, should have been pleasurable.
And yet it is true that taking care of one mother is easier than taking care of two small children and a husband.
When I called home, Chicken Noodle refused to talk to me. Chicken Little got on the phone only briefly, to say, “You are taking care of Grandma. I love you, now, bye!”
Love—Thank you, Little—love. Love is where the hope lives, and there is so very much of it, and that’s why everything is going to be okay. (And Obama probably has a new favorite breakfast spot, anyhow.)
When I got home, I tried to make Kimo into a funny blog post. I find that most of the time I can make just about anything into a funny blog post, and the process even helps make hard life stuff easier.
But I failed. Because Kimo isn’t funny. Kimo sucks. Even Kimo in Hawaii.
Stay tuned—next week, lost sense of humor rediscovered while wading through masses at the mall!