I won the Oregon Quarterly Northwest Perspectives essay contest. I had to write that twice because I still can’t quite believe it. Yesterday I received a very unusual phone call, especially in these days of ubiquitous electronic conversation. “This is my favorite phone call of the year,” said the magazine’s editor. “You won the essay…

Things I Learned This Week

Listening to Lady Gaga with the kids is super fun until you drop the little one off at preschool one day and she belts out to her teacher: “Let’s have some fun, this beat is sick. I want to take a ride on your disco stick.” If you are feeling beaten down by grown-up life,…

If Only I Find This Hilarious, Does That Count?By Kim Cooper FindlingFebruary 25, 20113 Comments

“All marriages are happy. It’s the living together afterward that causes all the trouble.” –Raymond Hull “One study found that simply having a husband creates an extra seven hours of housework a week.” –Newsweek, “I Don’t: The Case Against Marriage.” June 21, 2010. Overheard at a 50th wedding anniversary party. A guest: “How did you…

If Only I Find This Hilarious, Does That Count?, Motherhood, An Endlessly Rewarding JoyBy Kim Cooper FindlingFebruary 17, 2011 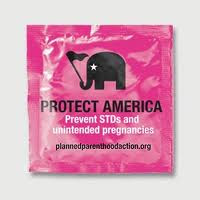 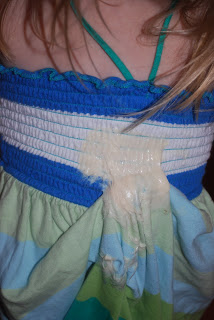 In case anyone was wondering.

Check out my article justin-bieber-news.info spent Friday night hanging out with the Jenners and Kardashians at Riccardo Tiscis birthday bash in Ibiza. Shooting Stars: Central Oregonians on the Rise in Central Oregon Magazine. I love writing profiles and had a blast writing this one about some truly inspirational people.

My Favorite 2010 Holiday Memory, By Far

If Only I Find This Hilarious, Does That Count?By Kim Cooper FindlingJanuary 17, 2011

That’s Noodle. This photo exactly summarizes her personality.  What’s with the Angel sticker on the car, you ask? For Christmas, my sister pimped her husband’s ride. A 1990’s era Honda Accord done up in dragon, skull/crossbone, and angel/devil motif is one hot ticket, let…

The Unparalleled Allure of an Imaginary Brother

Chicken Noodle: Mom, we’re playing princess castle and Little won’t be the prince and I want her to be the prince.  Me: I’m sorry, baby. But she gets to be what she wants. Noodle: If our brother were alive, he’d be the prince. Me: Yeah, maybe. Noodle: And there would be more of us to…

Yesterday, the chickens took my keyboard out of my office, wrapped it in Christmas paper, tagged it for their cousins, and put it under the tree.   There are several ways I could interpret this situation. Combined with the fact that my harddrive crashed last week, I think maybe I’ll choose to treat the chickens’…